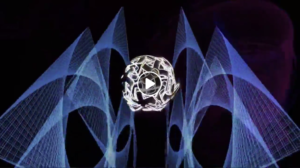 Eyecandy Visual have created a live VJ set to an edit of my most recent DJ mix. The broadcast went out live last Wednesday and you can re-watch now over on Facebook.

The team mix computer generated and live performed visuals to create an atmospheric environment which worked really well for the deep, melodic sound of this mix. The first half of the broadcast is soundtracked by an edit of my recent guest mix for With:Lov, and the second half is an edit of her mix from the same show.